On our passage from Vanuatu we ended up catching 2 Mahi and 1 tuna so stocked the freezer full, as it was empty for arriving in Nouméa. On Monday September 2nd we arrived at Port du Sud Marina for clearing in, which was easy as the marina handled everything except immigration for us. We sorted immigration the next day as the immigration office closes at 11:30am. Great hours for them but not for us. You get very spoilt staying at a marina and we were lucky as we had a locals spot so it was a nice protected berth, especially when the West winds blew threw soon after arrival. 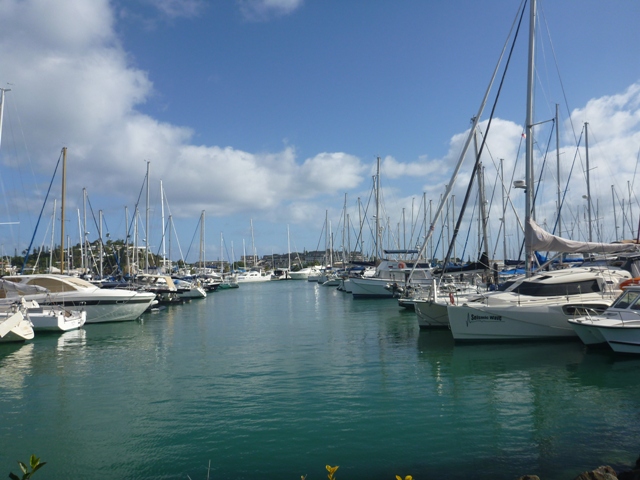 Lots to do in Nouméa
Walking around downtown and cycling the pathways had us entertained after we’d been to the fruit n vegetable market to restock our fridges. 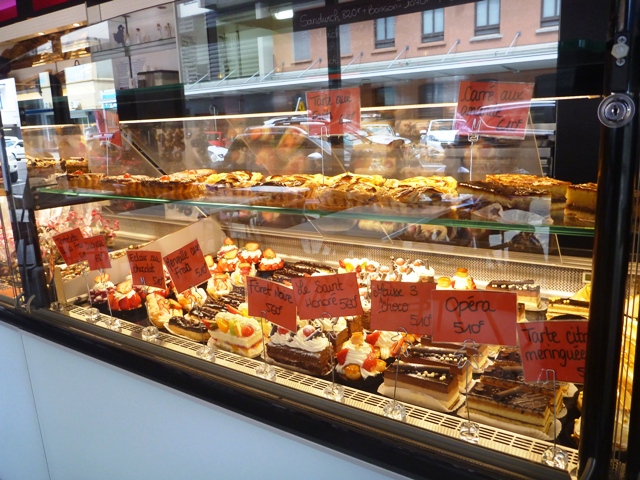 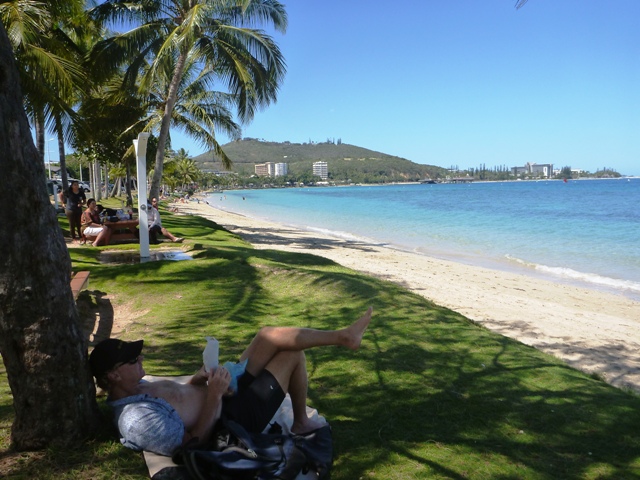 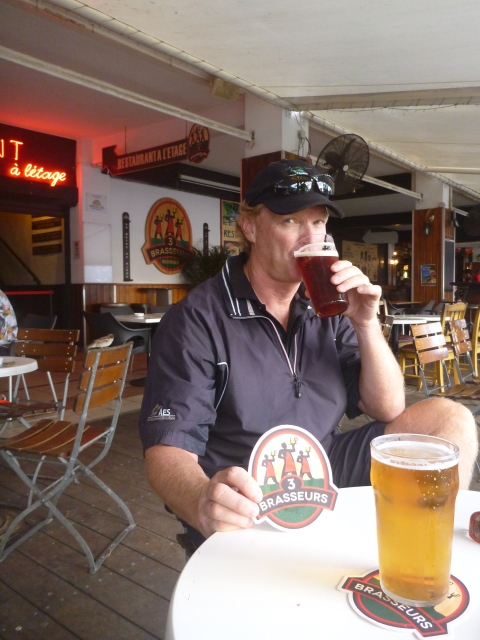 The Acquarium on a drizzly day was perfect for learning a little about New Caledonia’s fish life, turtles, and coral life. We got to see lots of sea life we don’t typically see up close and learn a little about ones we have seen before. 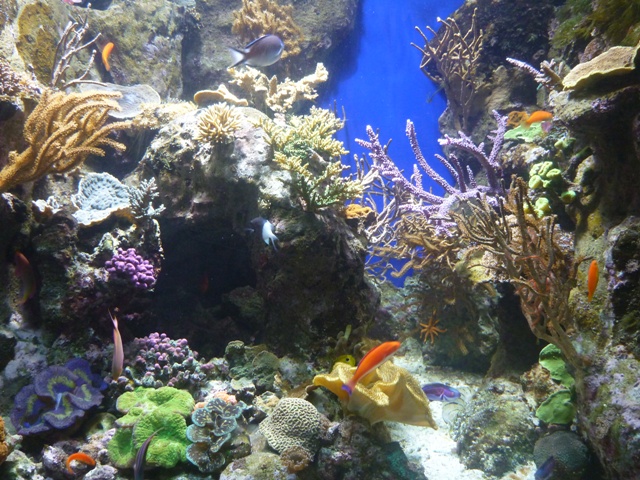 coral tanks with colorful giant clams in the bottom 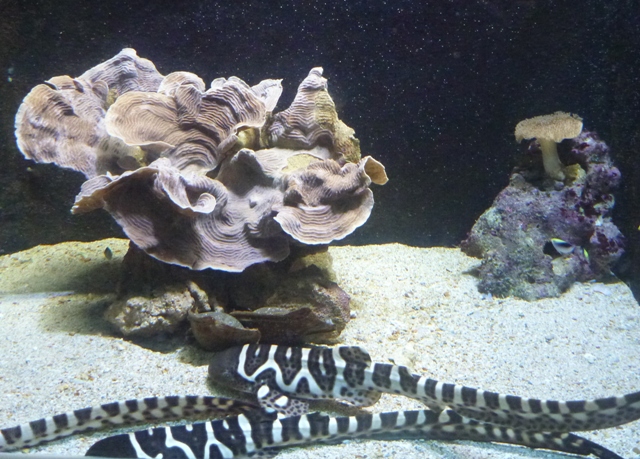 Juvenile Zebra Sharks on the sand – never seen these before 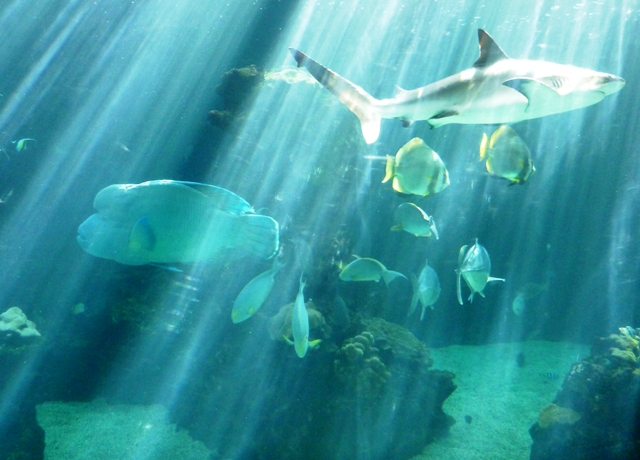 Hiking 3.5km up to Malaoui Peak at Mount Koghi had awesome views over Nouméa and out to the lagoon. Malaoui is also called le Chapeau de Gendarme (the “policeman’s hat”) because of its resemblance to the hat worn by gendarmes at the end of the 19th century. Definitely felt our muscles after this hike. 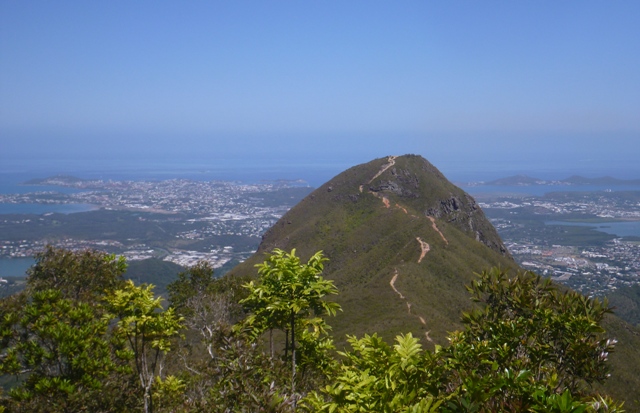 trail to Malaoui after we came climbed out of the forest 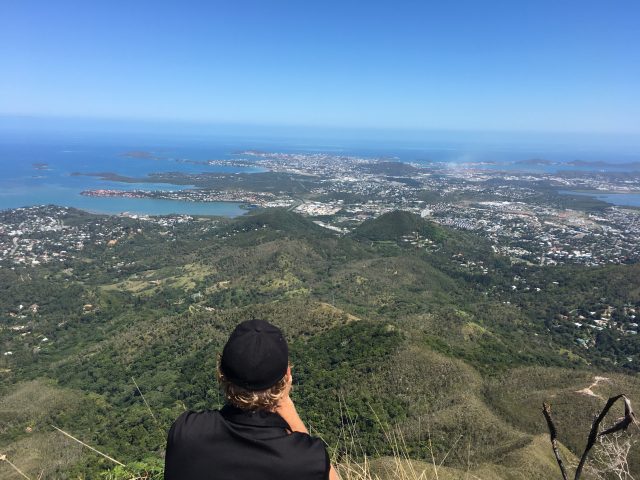 Looking down on Noumea

Time to head out of the marina and the luxuries of being land lovers again.

Isle des Pins
Our first stop was Gadji where we stayed for 2 nights did some kayaking and were about to head to the coral garden for a snorkel when a dive boat stopped by and told us that you can no longer anchor in Gadji and that it was a marine reserve. Oops. The Chiefs on Isle de Pins have closed a number of anchorages to yachts on Isle des Pins after the referendum held in 2018 for New Caledonia to leave France had not been successful. It was a shame as its a beautiful area by water. We were so lucky to have experienced it in 2017. 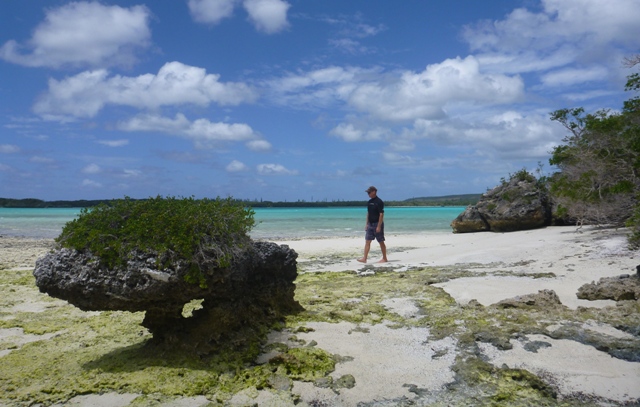 Walking at low tide on one of the beaches at Gadji 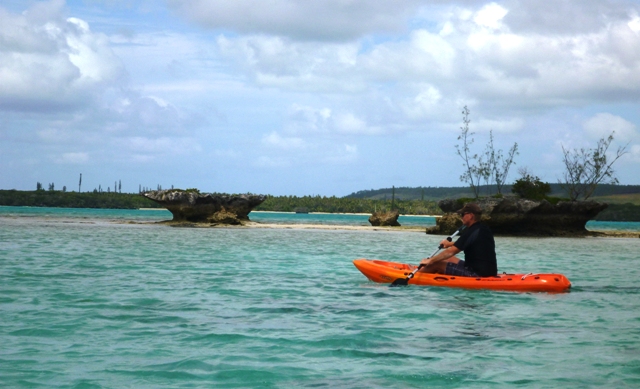 we just love getting about on our kayaks

So it was down to Kuto Bay to another gorgeous spot with a lovely crescent shaped soft white sand beach where we anchored off the Kuto hotel with Pic Nga in the background. 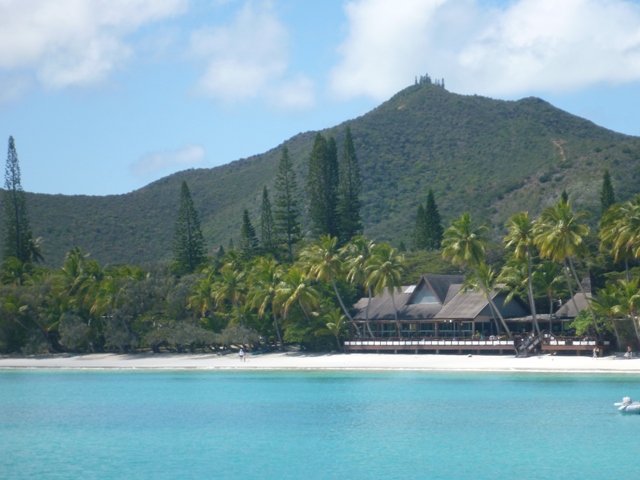 from SW to Pic Nga over beach and hotel 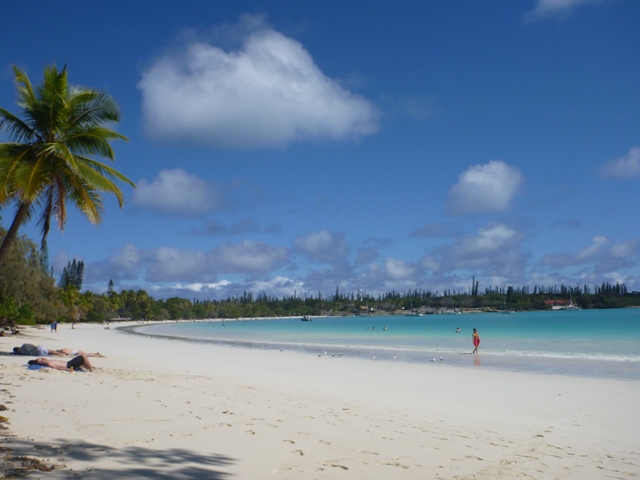 The cruise ship pulled in for the day from Sydney with lots of passengers so we decided to get away from the crowds. The walk down to the boulangerie near the prison ruins and up past the pump house to cross the ridges over to Pic Nga (262m) is excellent. A great hike with stunning views all along the way. 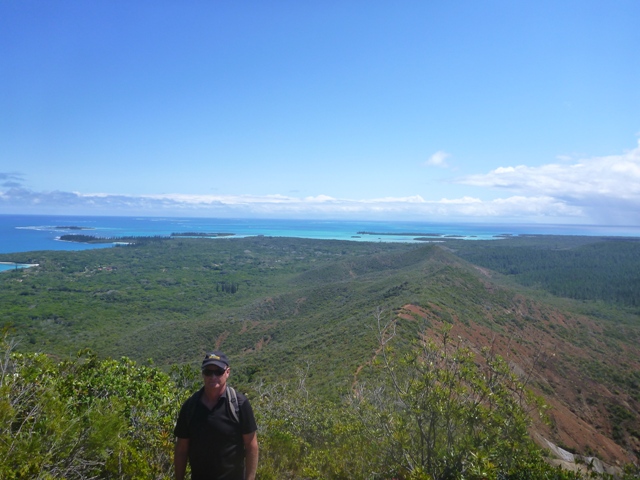 Hike along ridge up to Pic Nga looking back to Gadji 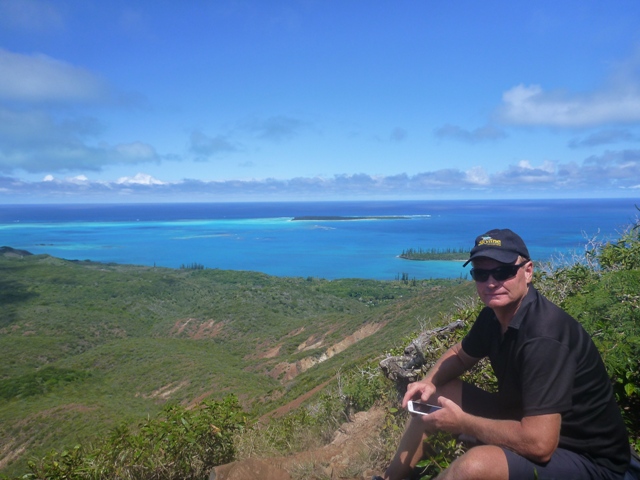 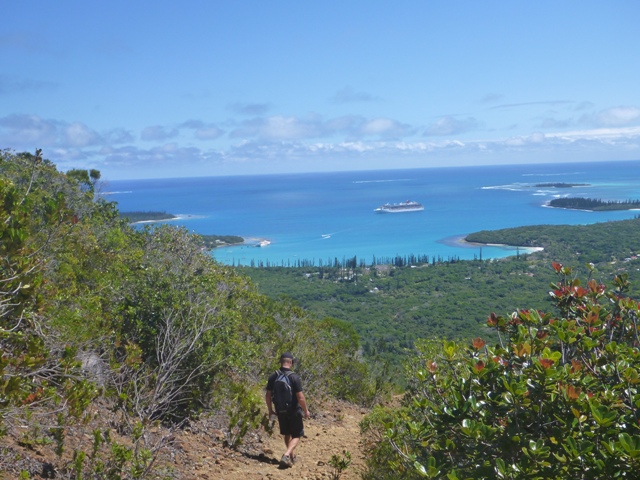 Given we couldn’t anchor anywhere apart from Kuto and Ille Brosse we decided to hire a car from the Kuto hotel to head out to see some sights, which we hadn’t seen when we were here in 2017, as these were too far to cycle to. 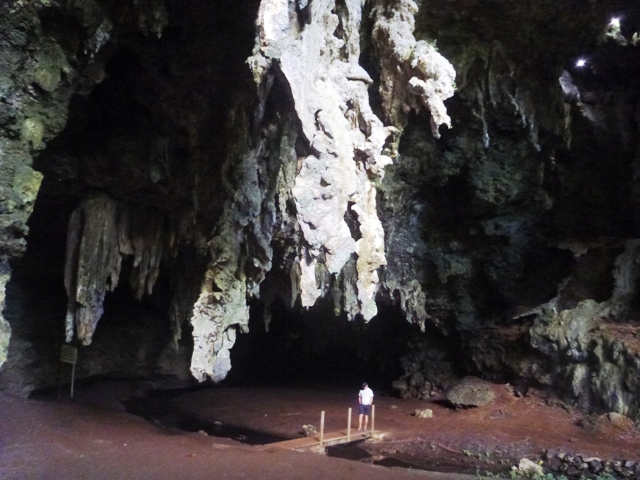 Cave of Queen Hortense was huge with lots of stalactites 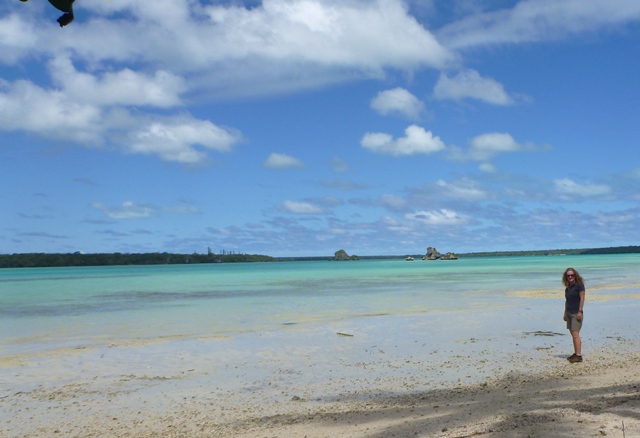 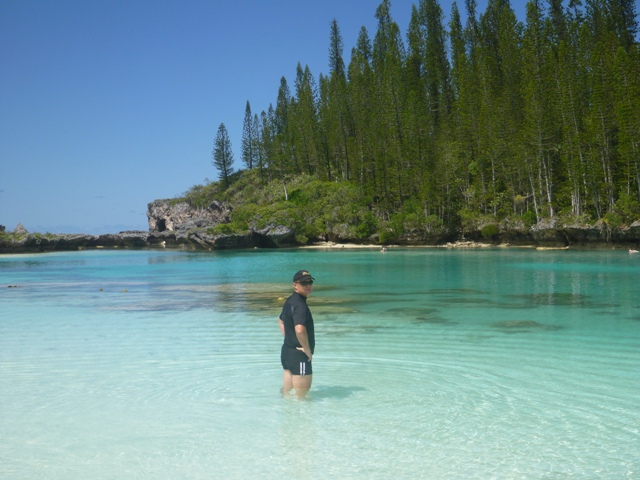 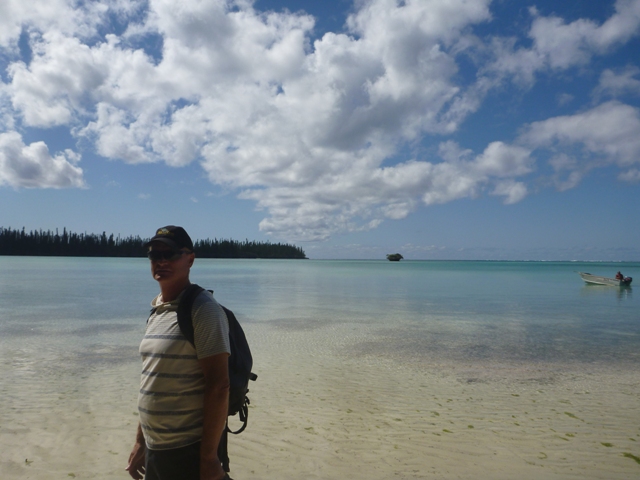 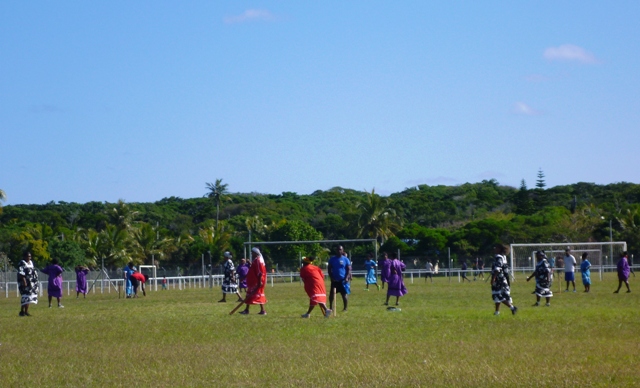 Kanak ladies playing a version of cricket in their team dresses

Heading into the Southern Lagoon to some of the deserted islands.