Cruz Bay is the main town on St John with a great mix of restaurants to choose from. We grabbed a mooring buoy around the corner in rolly Caneel bay while we went into town. I hit St Johns Spice store for some goodies, for Christmas, one being the Mangoe Chutney, which is delicious.

We spent a few nights in Maho Bay again and couldn’t believe how busy it had become over the week or so since we had been here last. It’s such a pretty bay and great for walking on the beach or taking the kayaks out in the sheltered bay. There were some great birds sitting on the rock just watching us kayak. I loved there big yellow feet. There are a lot of pelicans about, one of which was admiring the views from our front chair. 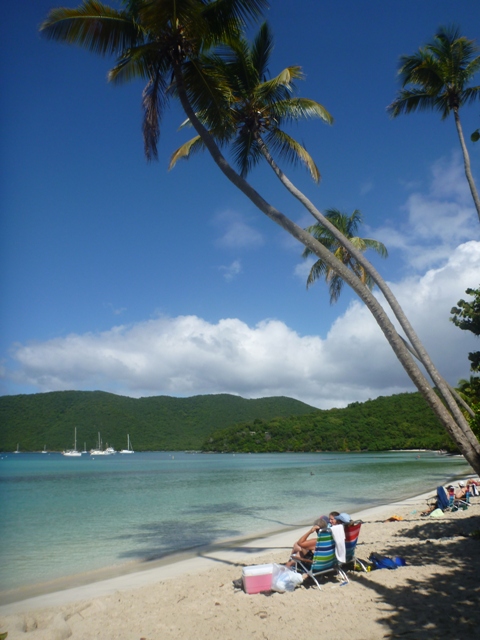 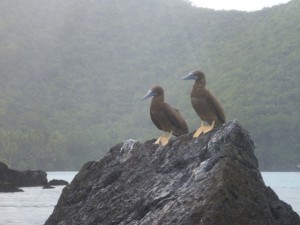 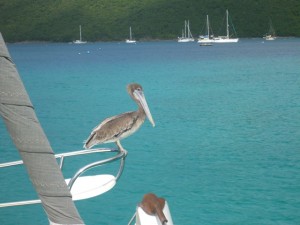 With Xmas fast approaching its nice to see the cruisers decorating their boats with lights. The best we have seen is the giant green Xmas tree in a shape of a pine tree with red lights strung from side to side. This yacht was in Maho Bay but had also been in the light festival in Charlotte Amalie. Too far to get a decent photo. Of course Seismic Wave has a few lights too. 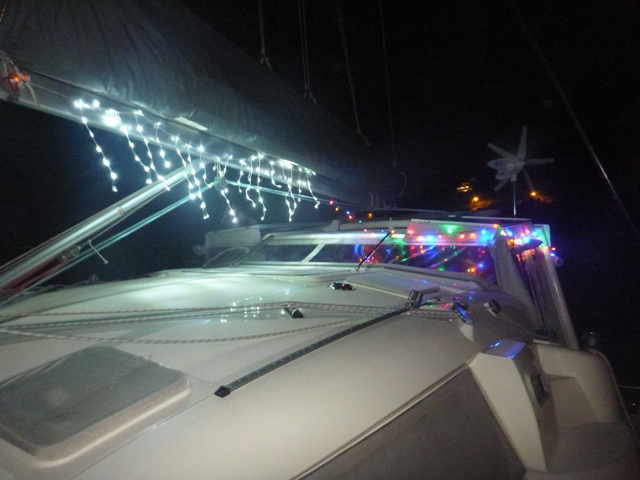 We kayaked fast downwind to Cinnamon bay around the corner from Maho Bay. It was such a nice beach to wander along the beach and was busy with Kite surfers, Hobbie cats etc. Yes the area can get a tad windy. Of course as luck would have it a squall came through as we were heading back around the corner. I felt like I was going no where, in fact backwards, as we made our way back to Maho while the wind blew hard. What a work out that was!

After a few days we headed to Leinster Bay and Watermelon Cay, which did not disappoint with great snorkeling around the small island once again. We saw green sea turtles and reef fish, it was awesome. That’s why we love this place.
The Johnny Horn Trail from Watermelon Cay to the Emmaus Moravian Church at Coral Bay was about an hour each way up over a couple of steep hills. The church was built in 1783 by the Moravians who arrived on the islands after the slave revolt in 1733. The yellow building with its red roof is on the National Registry of historic Places and continues to serve descendants of those slaves. As we wondered by to see the rest of Coral Bay there were people singing inside. 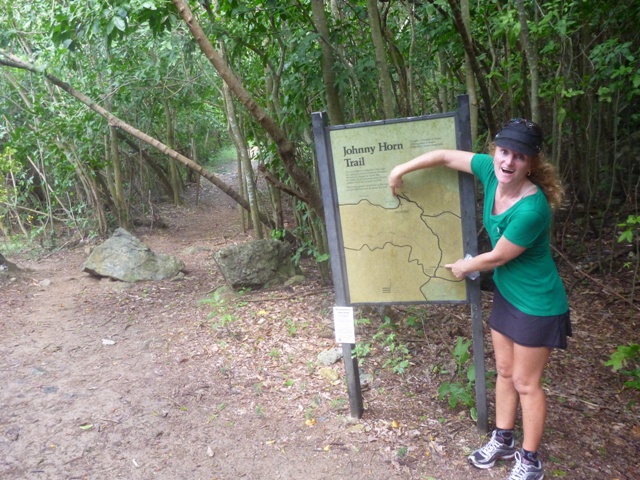 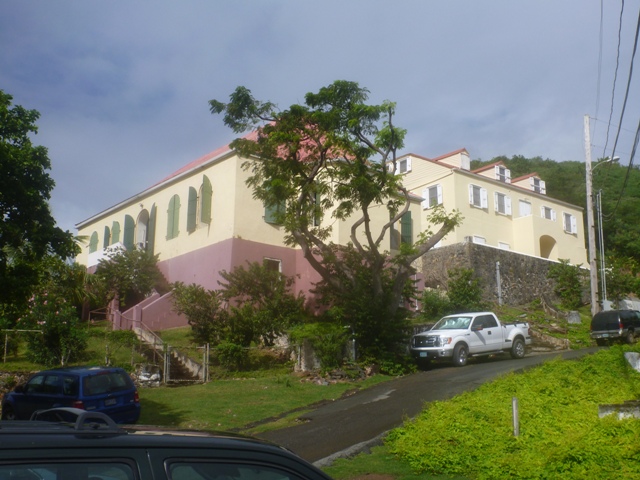 The hike gave us some great exercise and great views along the coast and out to the other islands. There are lots of hikes on St Johns with the trails being maintained by the Parks Service. 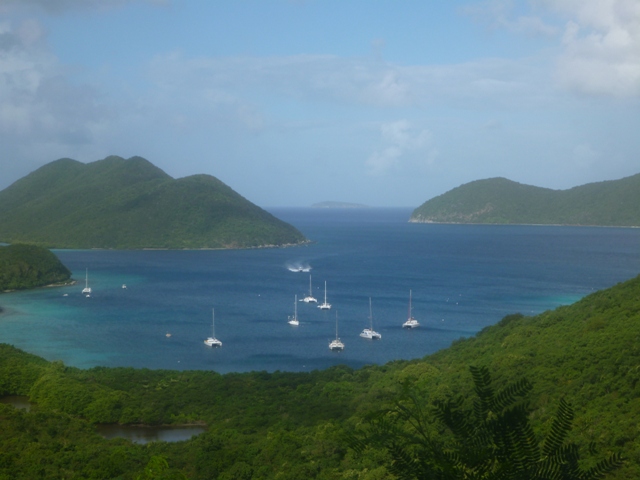 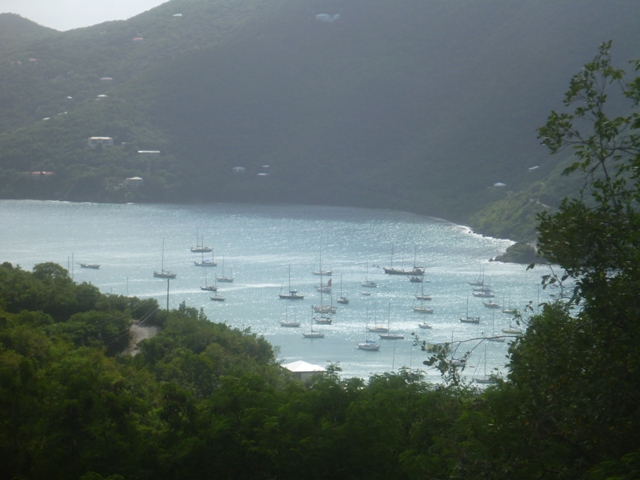 Time to head back to the BVIs for a while.

2 thoughts on “Exercise in St Johns”