Christmas and Boxing day for us were spent in the bay The Bight on Norman Island anchored near the Willy T, a party boat and floating restaurant. They had some great tunes going and it was fun to watch all the happenings in the bay. 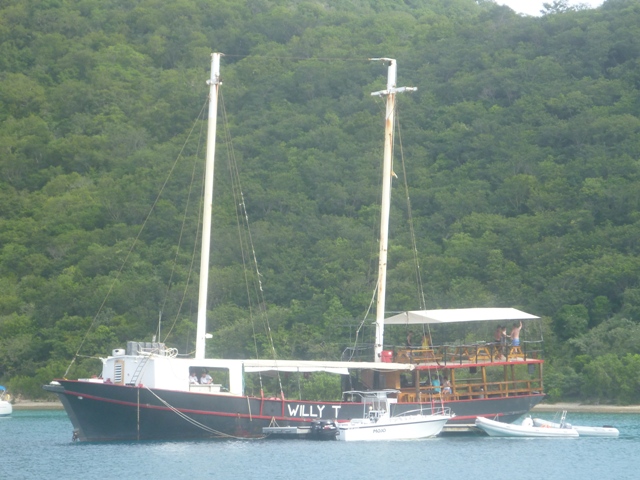 We went ashore past Pirates restaurant, which had recently burnt down and a new bar had been built for the upcoming busy season. We hiked along the ridge of Norman Island and looked down at the many bays eventually coming to a bay called Benures Bay. This bay looked so pretty and noticed there were no mooring buoys, which are in abundance in the BVIs and cost $30 a night. Even though we enjoyed our anchorage behind the Willy T we decided to move over to Benures Bay for a few days to get away from the crowds of charter boats that came in each evening. You get great views out to the channel and the other islands about. 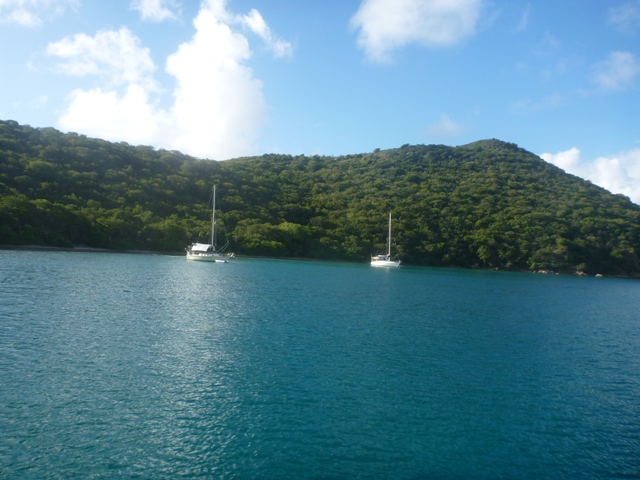 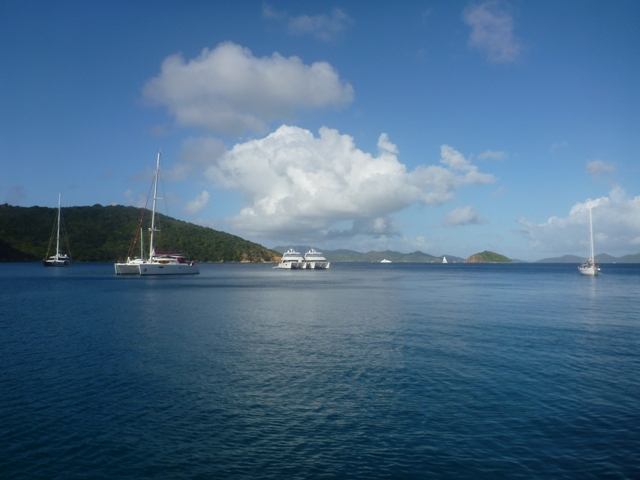 You can take mooring buoys during the day for free so we went to Kelly’s Cove to go to a few places close by for snorkeling. While getting ready we had a 130ft mega yacht anchor stern to the shore beside us. It was interesting just watching how he anchored stern to. Oh great to have lots of crew. 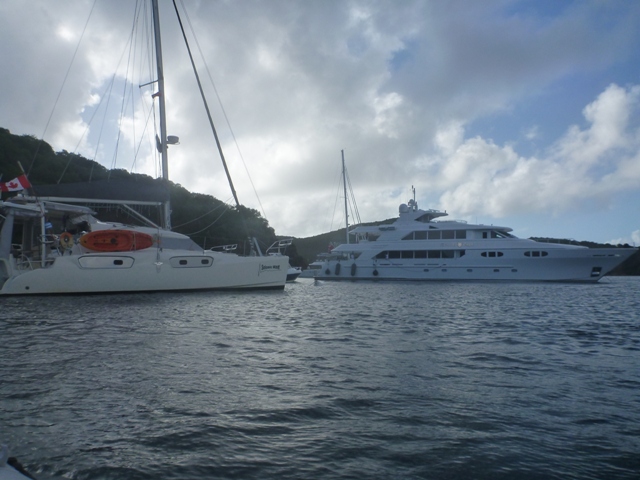 We took the dingy over to The Indians, just offshore from Kellys Cove as the channel was calm and you apparently need a Park permit to moor there and we didn’t have one. Might need to find out how to get a permit. We snorkeled at the Indians just offshore from Norman Island, which had incredibly clear visibility, great coral and yes all sorts of fish. Best snorkeling we have done for a while. 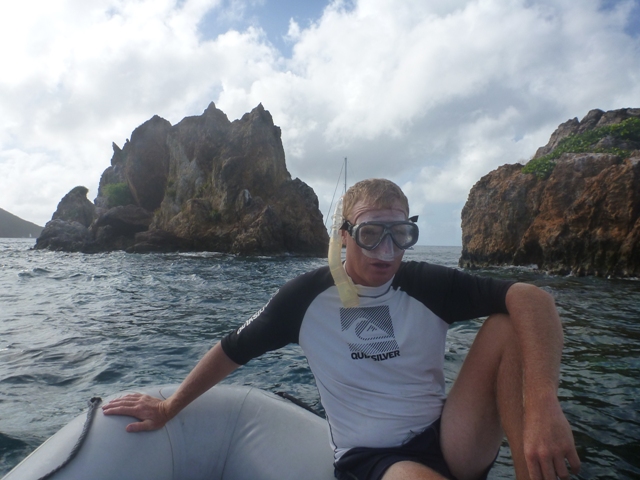 In Kelly’s Cove at Water Point the snorkeling was good with great visibility and good coral. We snorkeled with a hawksbill turtle who didn’t seem to care we were there. Under our boat were 6 large tarpons, which just hung out. Amazing, this is why we like to be out here.

We really enjoyed Norman Island and no doubt will be back. Heading to Road Town, Tortola for a couple of days. 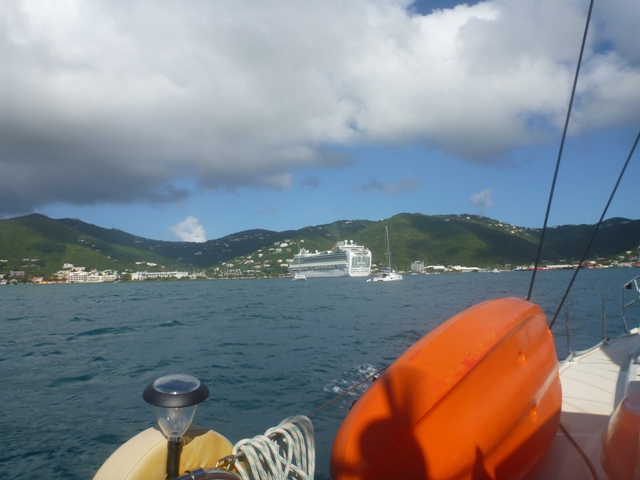