We entered the crystal green/blue shallow waters of the Turks at Big Sand Cay, a uninhabited small island with white sand beaches and limestone cliffs. It’s amazing how the sea goes from 2000 meters down to 6 in a short period of time and its so clear. 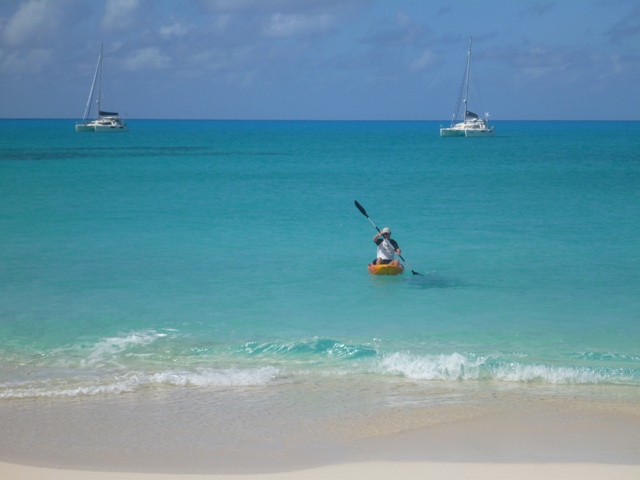 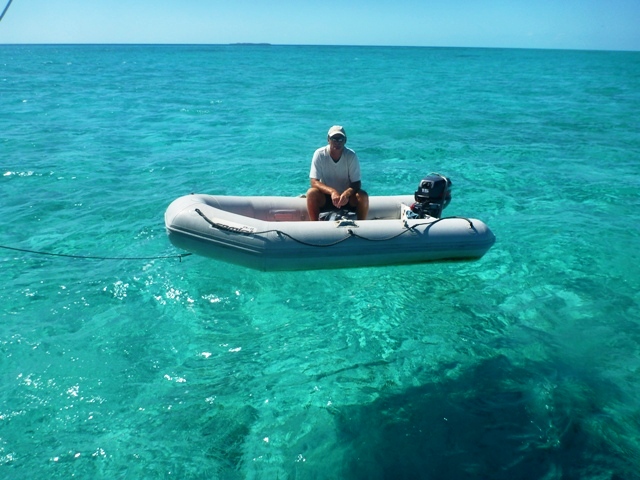 Wandering the beaches on the island was interesting. On the windward side lots and lots of rubbish mainly consisting of plastic and nets. Such a shame. The leeward side was very protected with lovely sand to wander on. 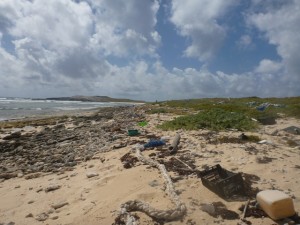 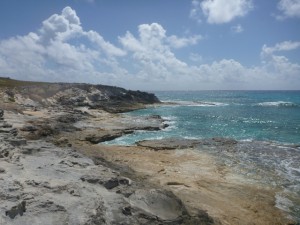 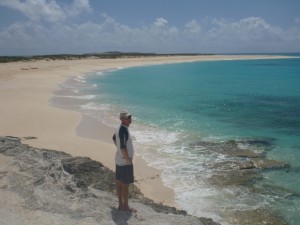 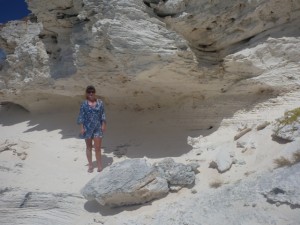 Jen & Richard spotted a humpback whale with her baby just off the back of the boats while we were wandering the island. They were lucky enough to get a photo with the baby jumping out of the water. There are a lot of whales in the area between the Dominican Republic and Turks at the moment as they come to  breed in the warm waters. 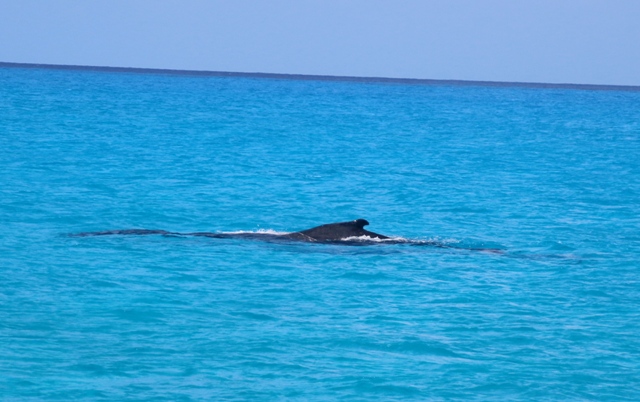 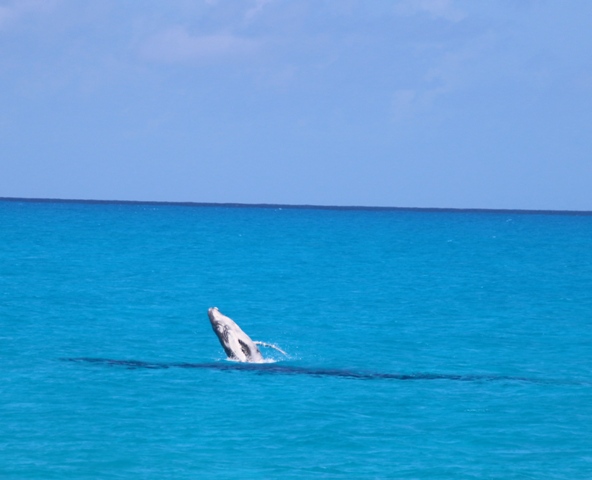 We went to Long Cay and South Caicos where we wandered around Cockburn Harbour. It’s a small fishing town with approx 1200 residents. It was like walking around a deserted town wondering if anyone was about. The people we did meet were so friendly. The buildings were pretty much in disrepair. 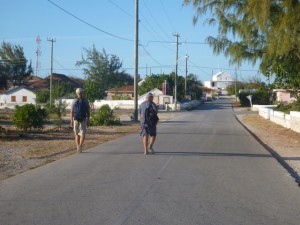 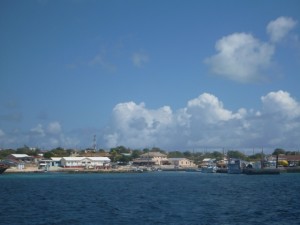 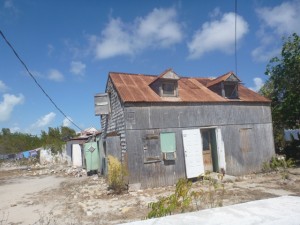 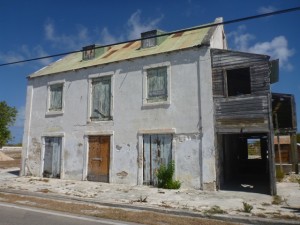 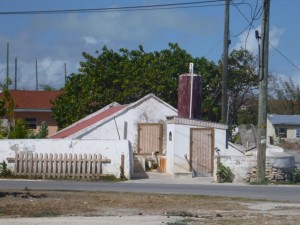 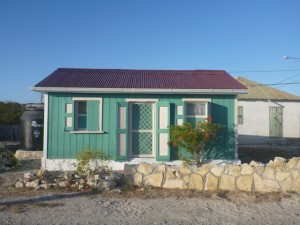 We crossed the Caicos Bank to French Cay with depths of between 2 and 4 metres and were constantly on the watch out for Coral heads that we had to drive around. The water the whole way was crystal clear,so amazing. 7.5 hours later we arrived for some great snorkeling on the reefs around the island. We saw 2 huge spotted eagle rays, some large Queen Triggerfish and other brightly colored fish and coral. Best snorkeling we have had in a while. 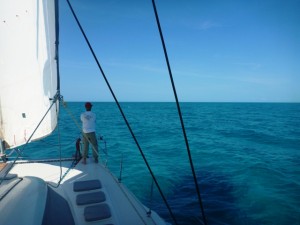 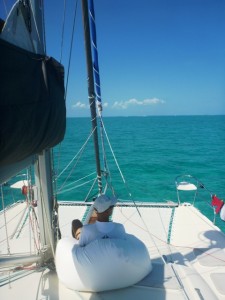 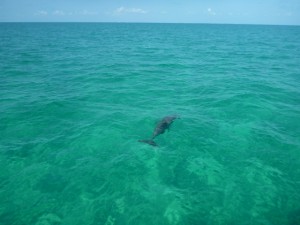 You unfortunately see some boats that are a reminder of how shallow the banks are. 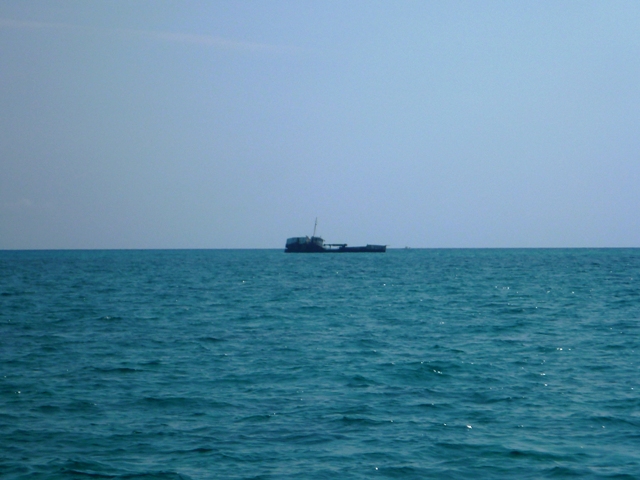 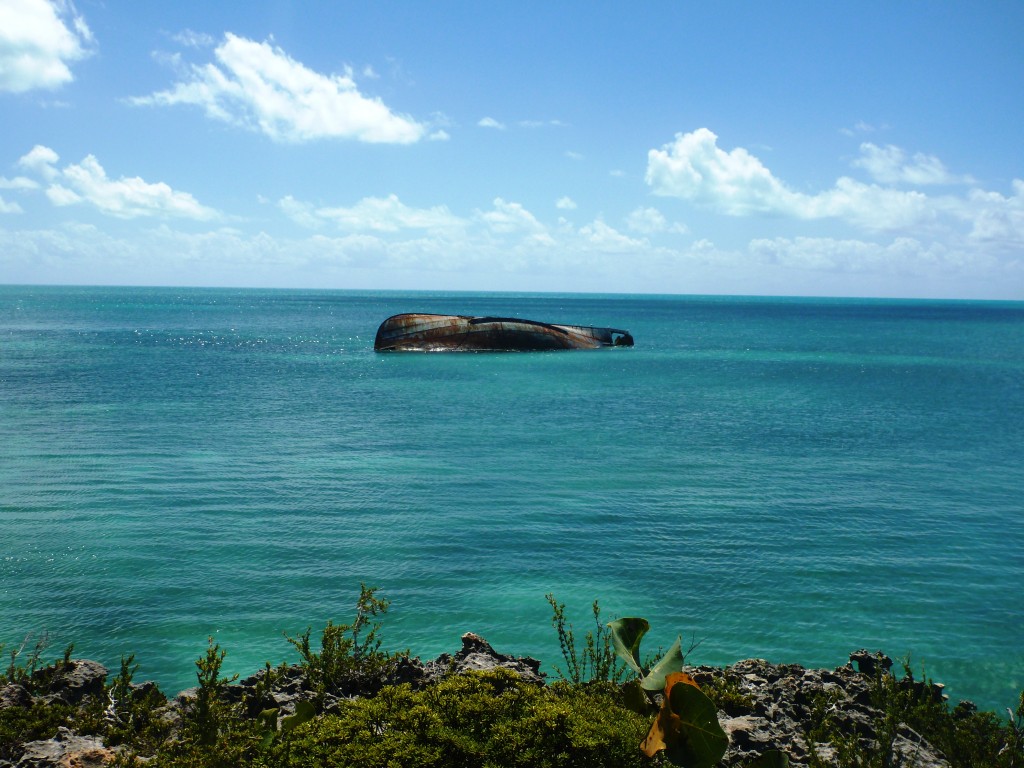 Our final stop in the Caicos islands was Sapodilla Bay, Provenciales a beautiful bay. 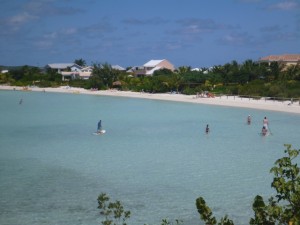 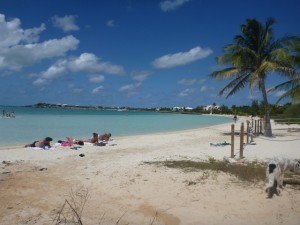 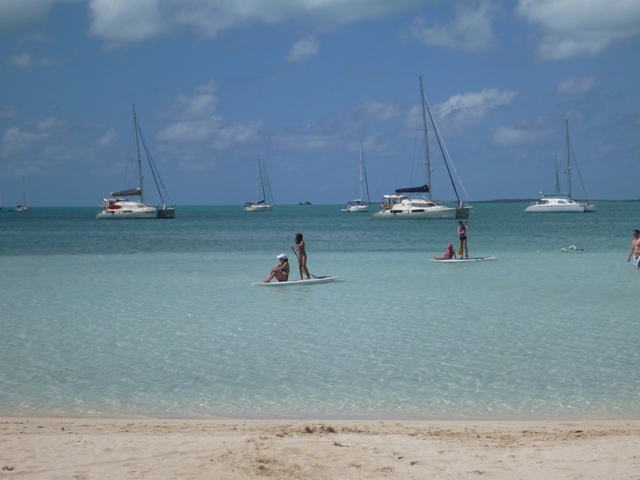 Off to the Southern Bahamas.