After leaving Fulaga we had a fast overnight sail to Naigoro Pass in the Kadavu Group, 50nm south of Suva and 180nm west of Fulaga. The North Astrolabe Lagoon has some of the best diving and snorkeling and as we had a few days we thought we’d take advantage of the good weather to snorkel. The Great Astrolabe Reef is off the traditional tourist route so again a nice change for us.

On entering the pass we spotted snorkelers in the water who all gave us a thumbs up on the snorkeling. We had chosen Vurolevu Island, north of Ono Island because it had a manta ray cleaning station so needed to continue North through some reefs in good light.

Vurolevu Island anchorage was stunning with not a sole about, clear water and bommies (coral heads) and reefs towards shore. Alas we didn’t see any manta rays but the snorkeling around the island was good with healthy coral and plenty of fish life. 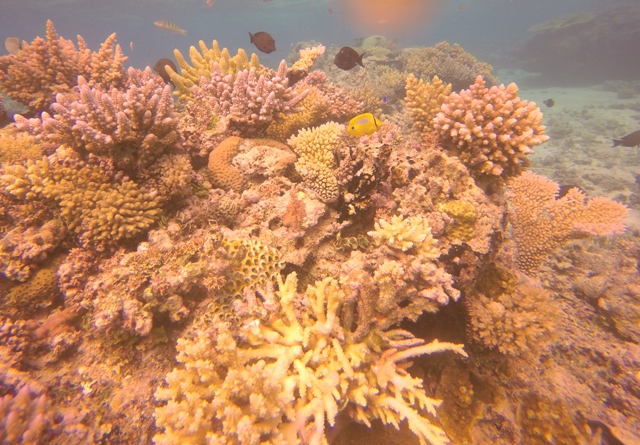 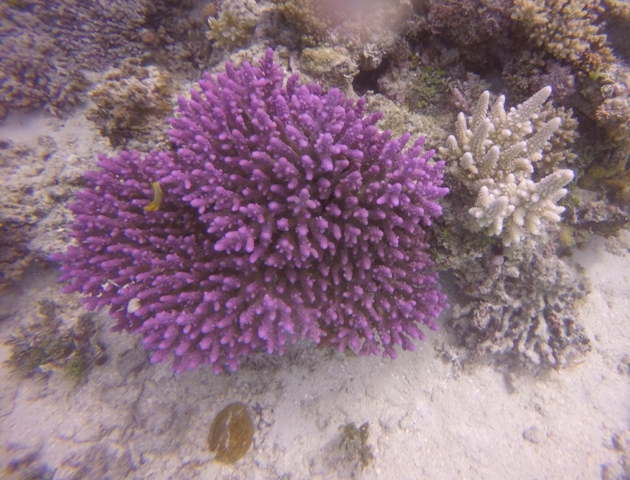 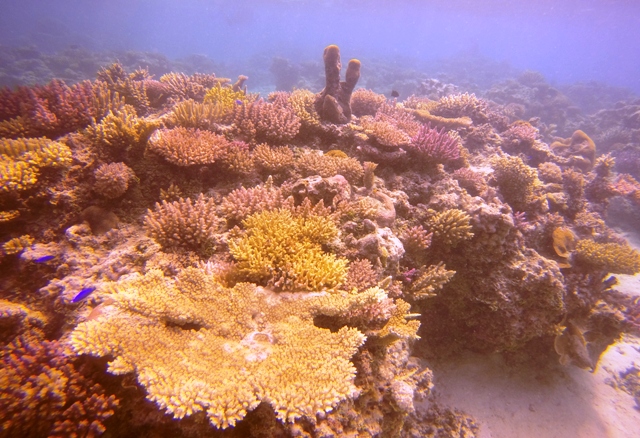 After a couple of good days snorkeling we continued north to Draveuni Island with its long white sand beach. When we went ashore to do sevusevu with the chief he told us a cruise ship was arriving the next day so everyone was busy preparing stalls and getting the beach cleaned up. This islands main source of income is apparently from cruise ships. The homes here had lights on at night and were very colorful; very different to the Lau group. 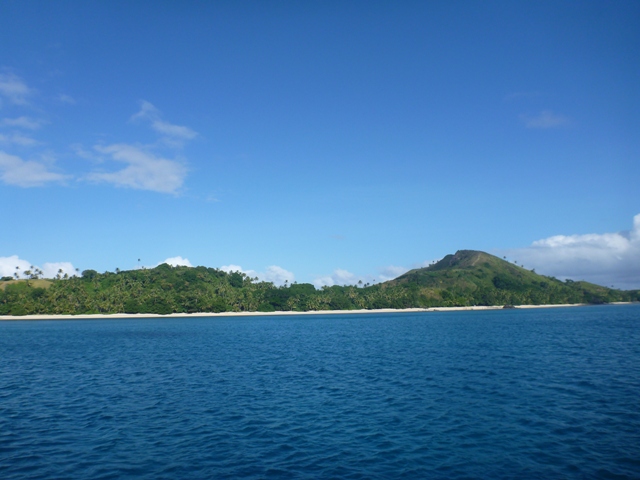 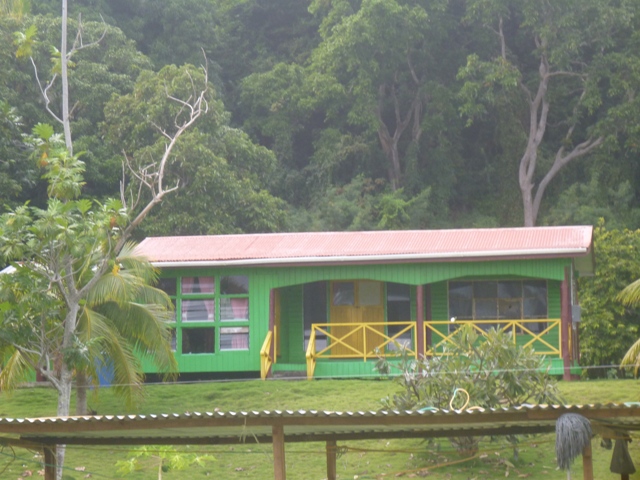 Loved this green house, so colorful

The P&O cruise ship turned out to be from NZ with 1500 people aboard. You just can’t get away from those Kiwi’s! Having them here meant there was plenty of action ashore. Believe it or not but the crew and participants from Survivor were here filming as well, so a portion of the beach was closed off and Draveuni was a busy place. 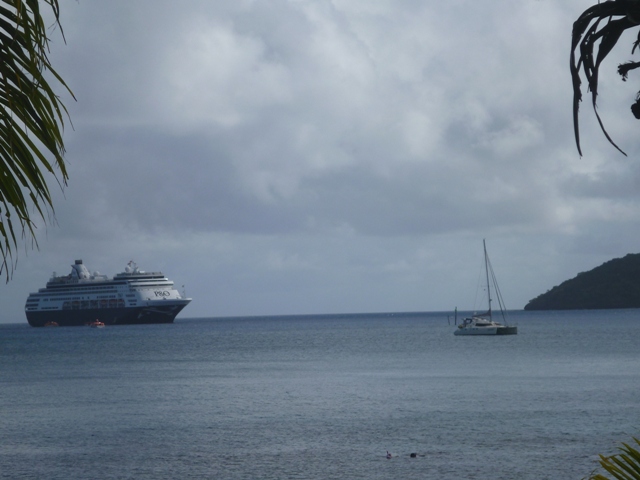 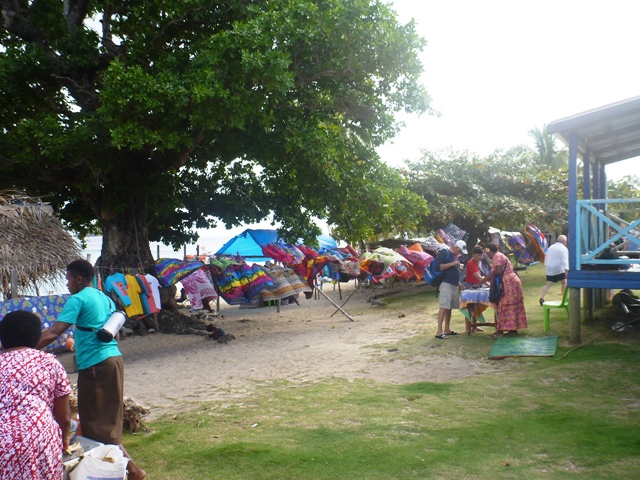 We hiked up the hill to see the stunning views out to the reef and the islands in the North lagoon. 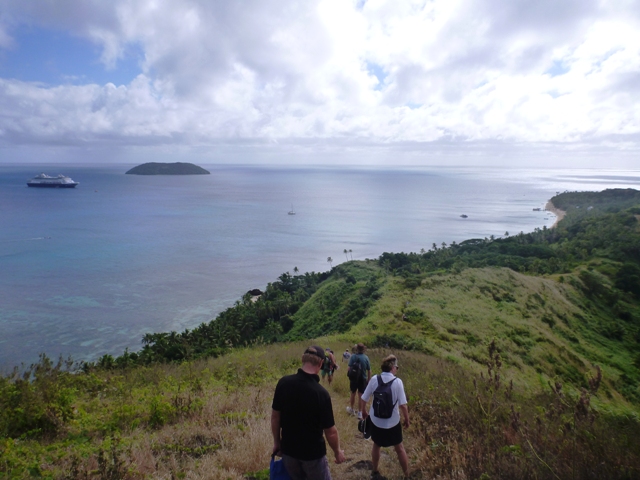 View back to village and North 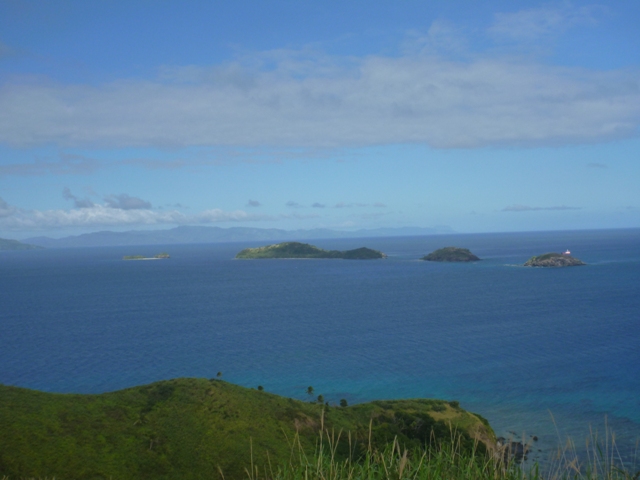 View back to Ono Island and our previous anchorage 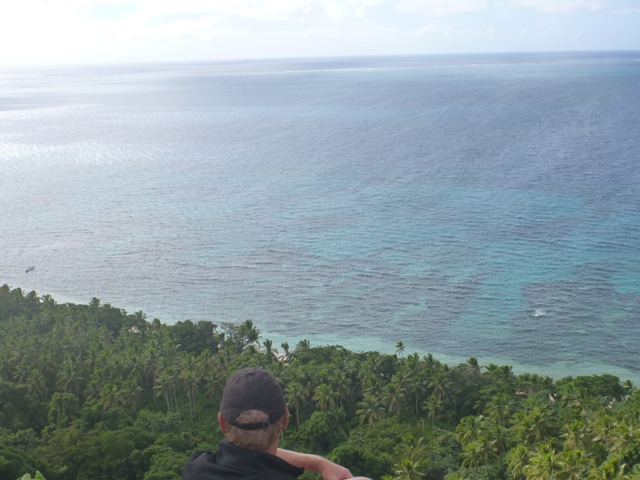 Great views out to the Reef East of the Island

After a BBQ lunch thanks to some of the ladies on the island we kayaked back to the boat to grab our snorkel gear and head to the green marker, which was meant to have great snorkeling. We were not disappointed. 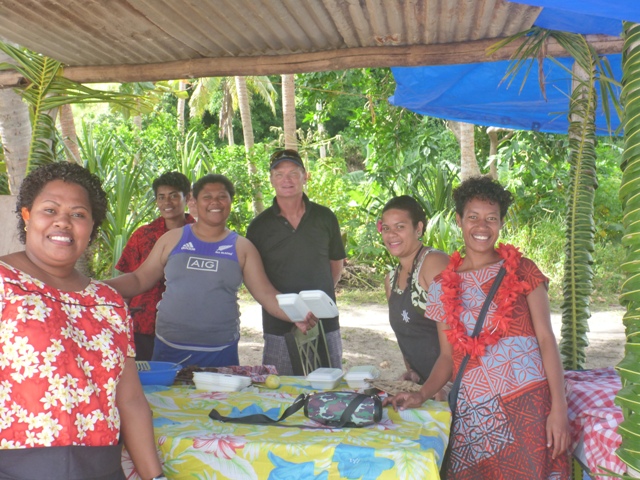 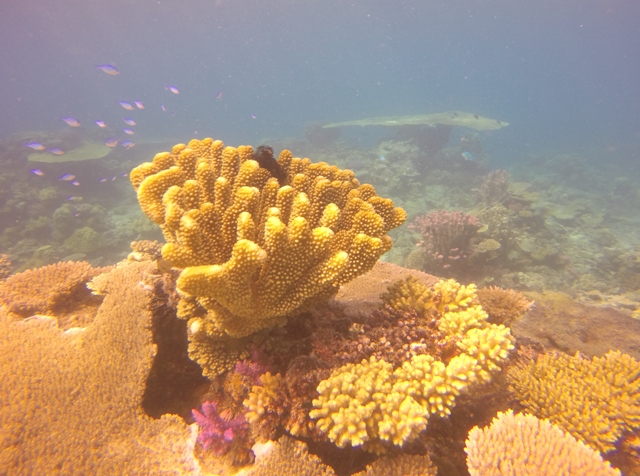 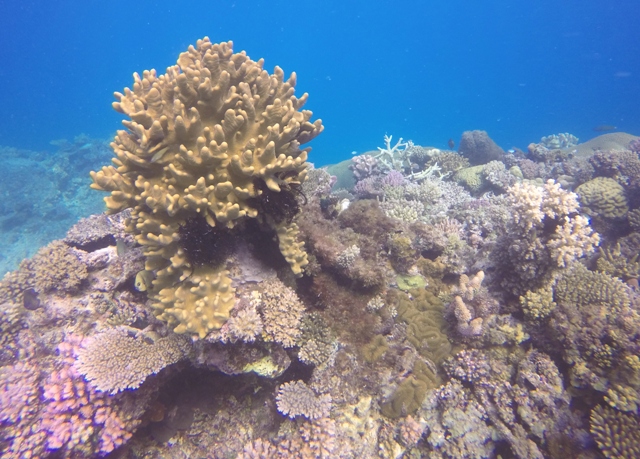 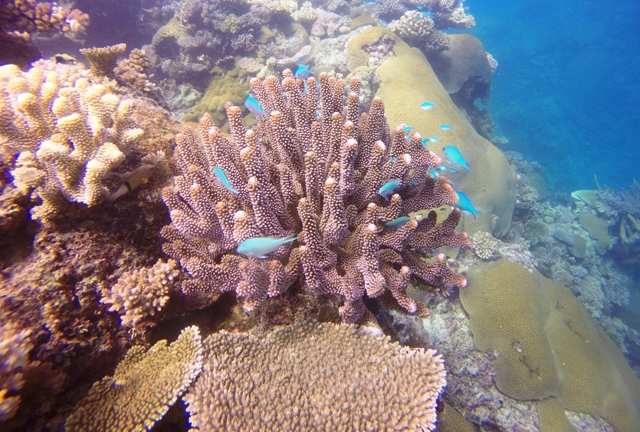 Great place with much more to see but time to continue moving West. We were escorted out of the reef by 3 dolphins, which was pretty cool. An overnighter to Likuri Island on the south coast of the main island for dinner and a show at the Robinson Crusoe Island Resort was perfect, as we are out of fresh vegetables. The fire show was awesome! 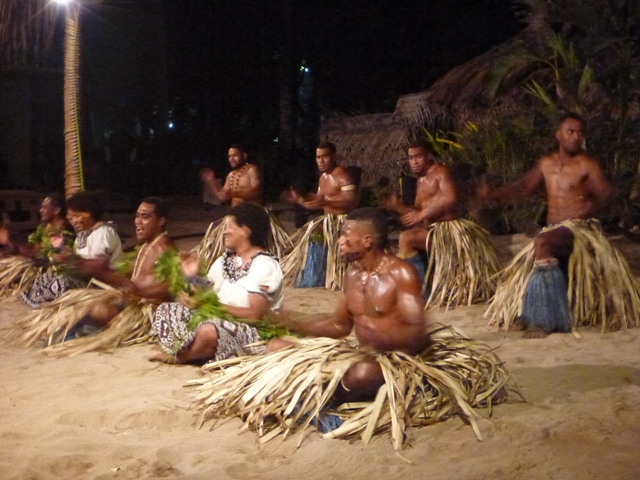 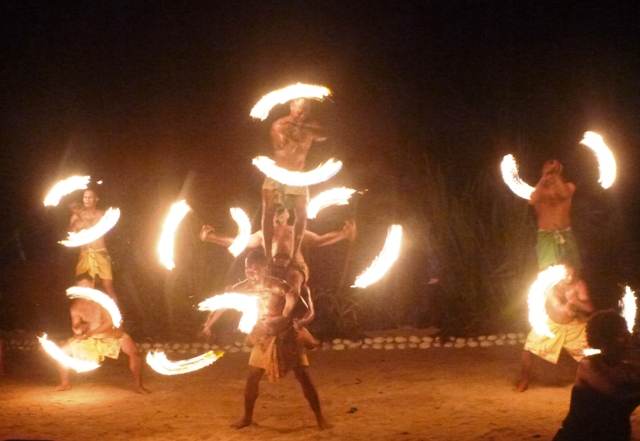 The finale out on the water was the best. Glad we stopped here. 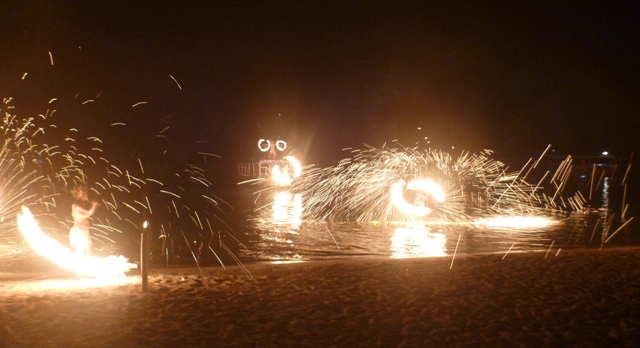