Lots of islands with stunning beaches, friendly people and cute kids who entertained us. No wonder a lot of cruisers return to these waters. 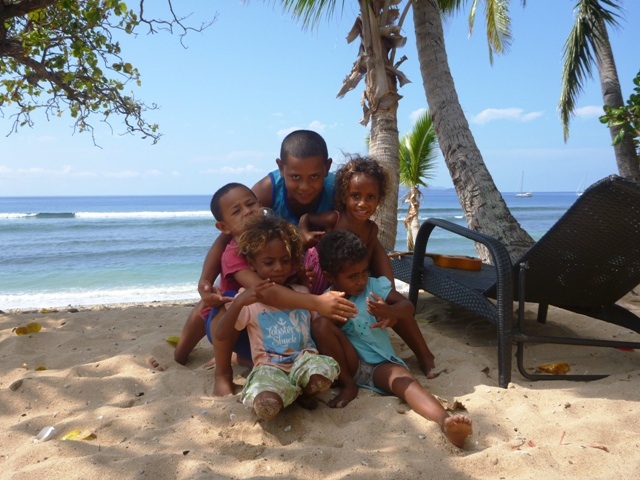 After a quick stop at Beqa Lagoon we continued onto the SW coast of Viti Levu where we stopped at Likuri Island for Robinson Crusoé Island night, which was a lot of fun with good entertainment and food. 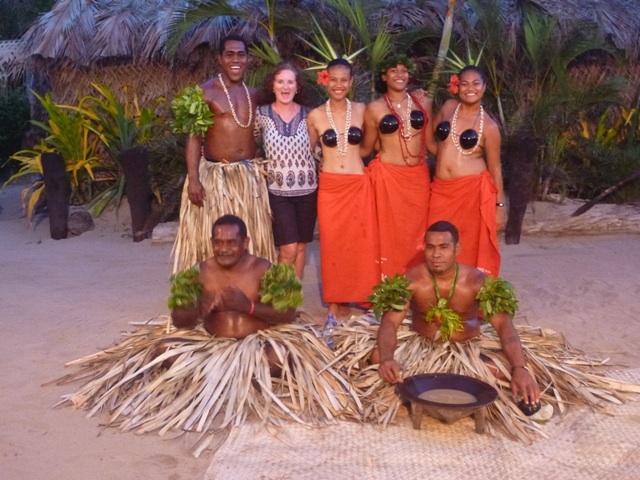 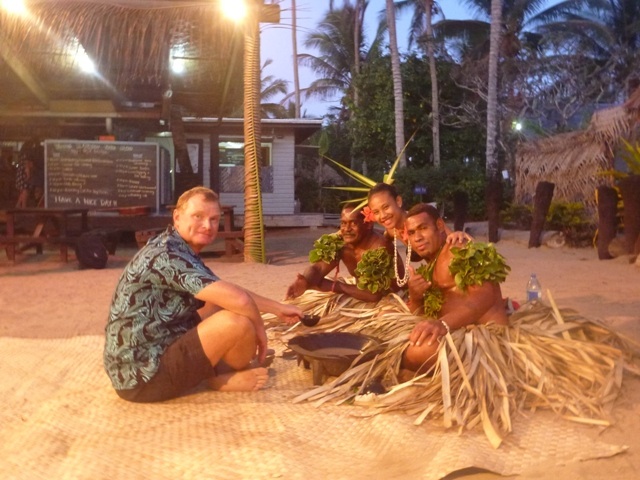 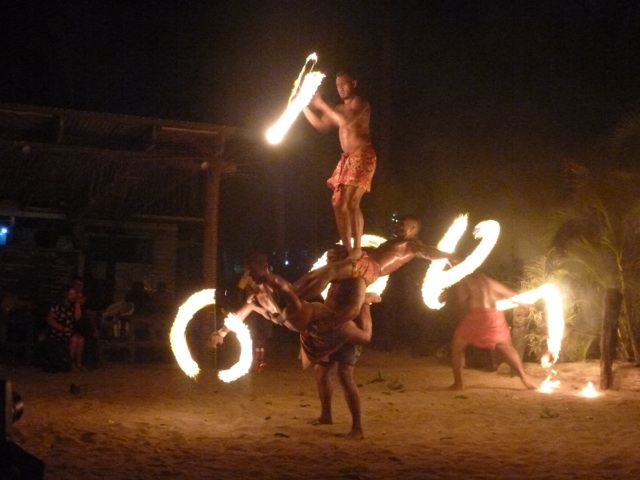 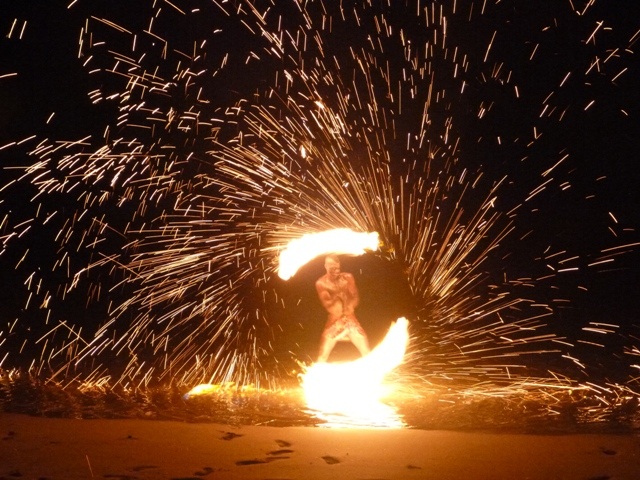 The Mamanuca Islands on Fijis west coast of Viti Levu had some beautiful islands with beautiful white sand beaches.
On Malolo Liki we joined the Musket Cove Marina & Resort for FJ$15, with all its facilities available to us. Nice! 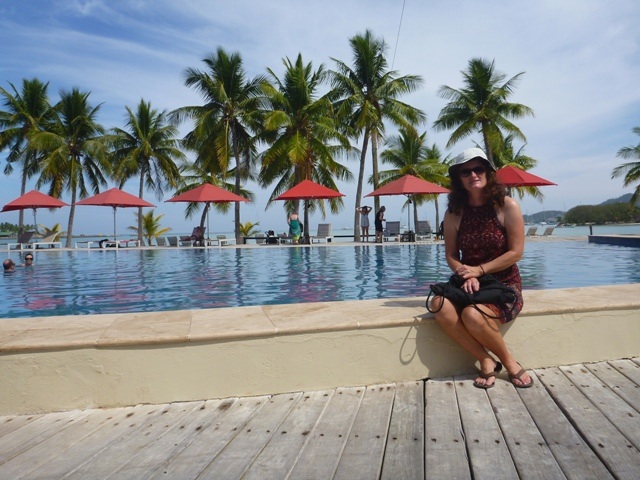 The pool at Musket Cove was so nice!

Mana Island had a nice protected lagoon and a hike up over the island had some amazing views down to our anchorage. The snorkeling was good with all sorts of colors and fish. This is where 2017 Survivor Fiji was recently filmed. 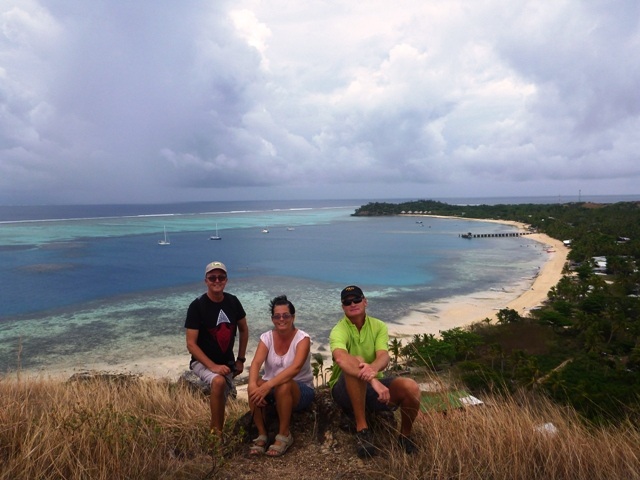 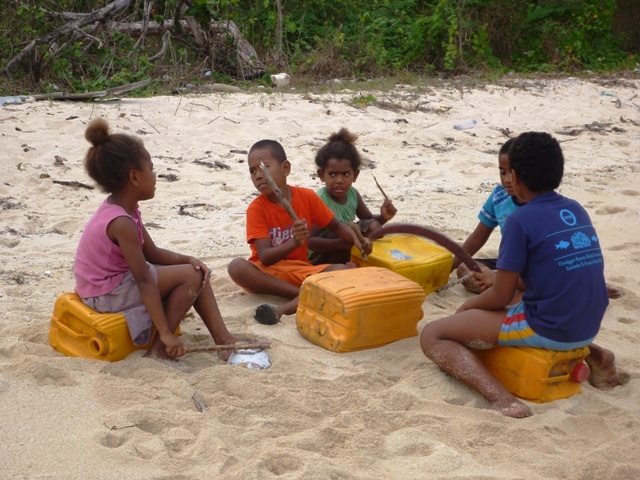 local kids playing the drums down on the beach, adorable! 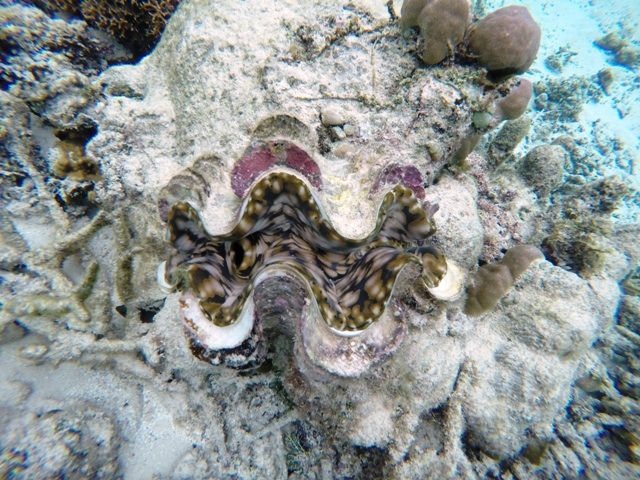 First giant clam we saw out snorkeling near the reef 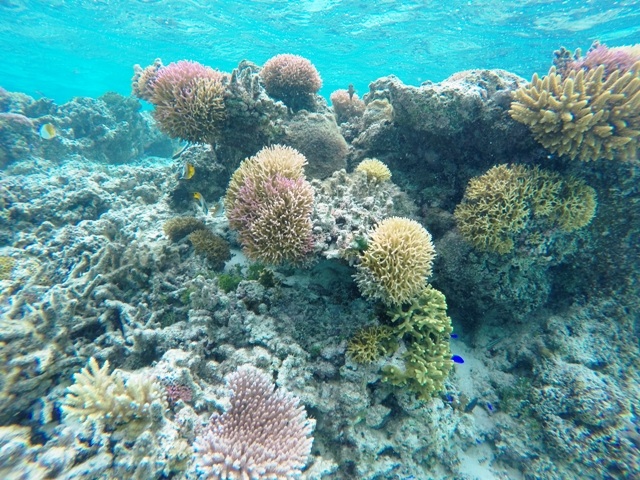 Modriki (or Monuriki on some charts) was where Tom Hanks film, Castaway, was filmed. Spectacular views over the island from the top. 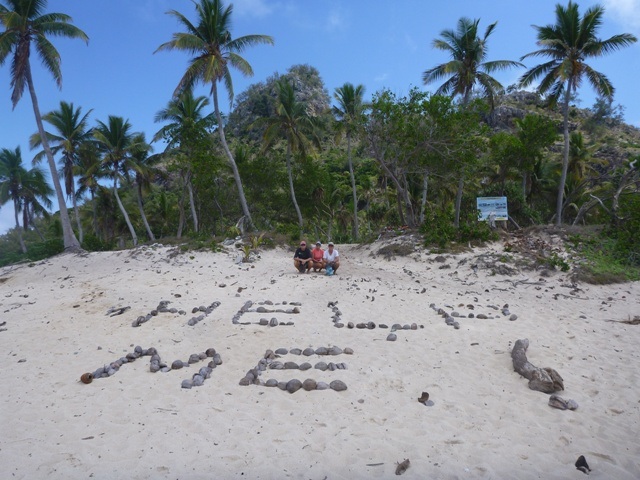 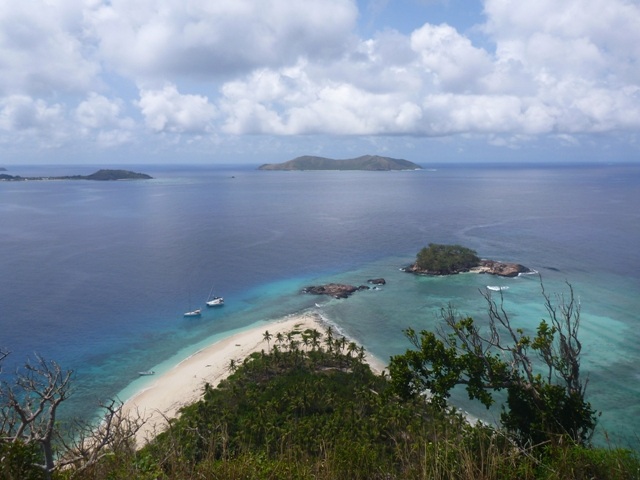 great views down over anchorage.

The bay at Navadra was a little rolly with a big swell coming into the bay. Brett managed to get ashore and hiked to the top of the rock below for some pretty nice views. 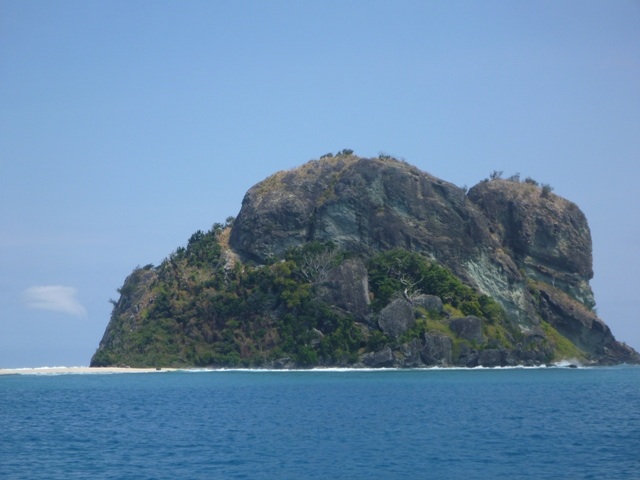 On Waya Island at Nalauwaki Bay we went ashore to meet the head administrator for the SavuSavu ceremony where we presented kava as a gift and were permitted to anchor in their bay and welcome to walk in the village. Everyone was so friendly stopping to say bula and ask where we were from. 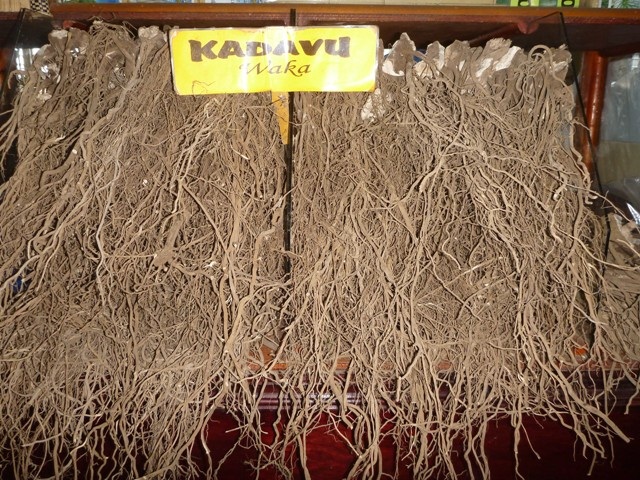 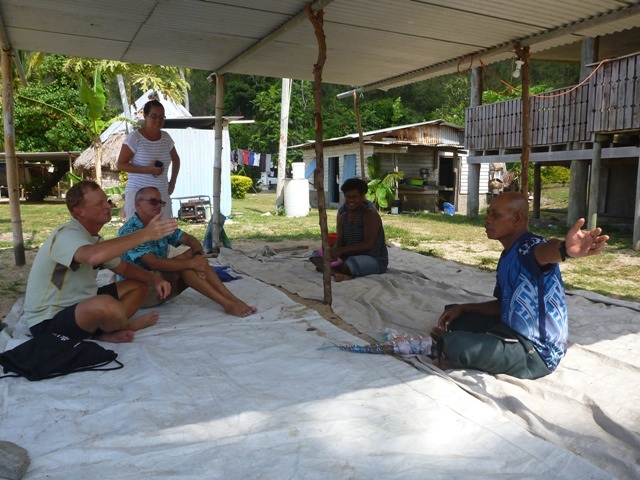 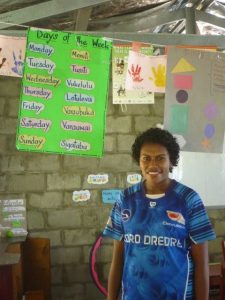 The Primary school teacher (ages 5-8 yrs) showing us her class room where 22 children attend from 8am – 1pm.

The children were adorable. They showed us around the village and helped us with our dinghy when it was time to leave. 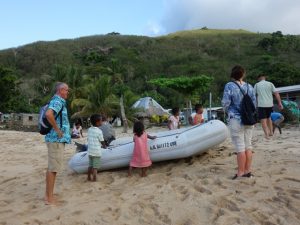 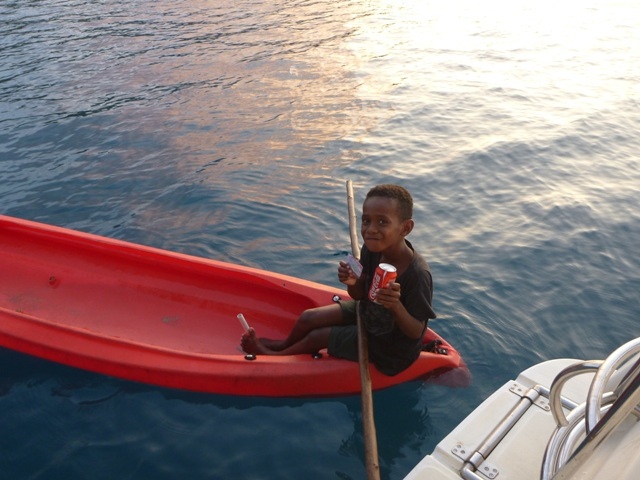 The Musket cove regatta was on with loads of fun events, races and time to socialize. 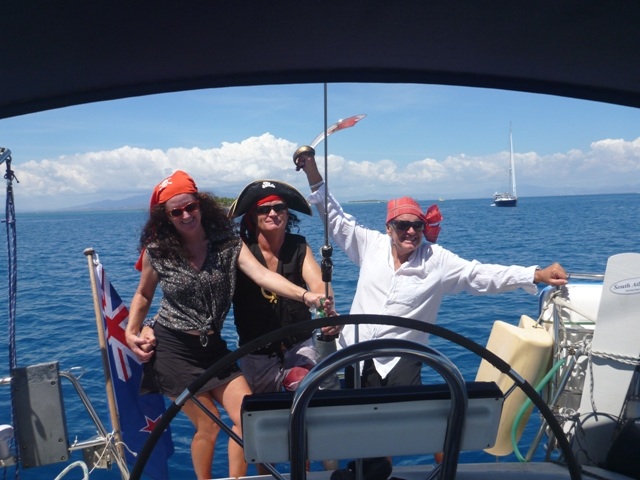 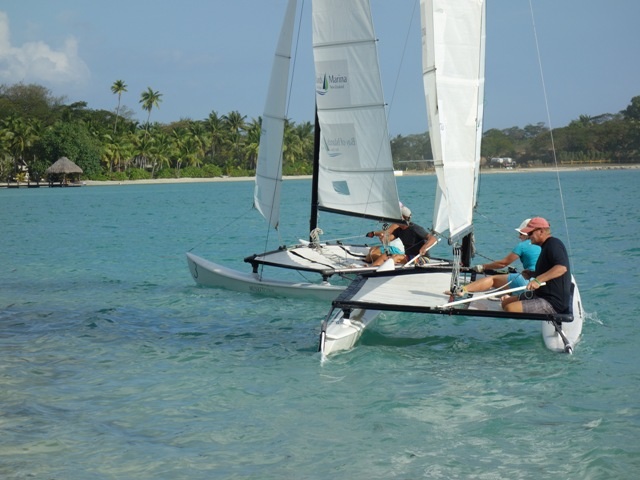 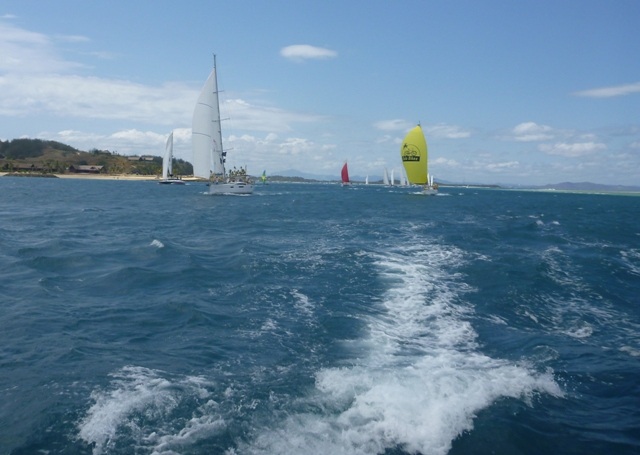 racing around Malalo Island race onboard Cactus Island with Gerald & Maree, competitors behind us!

Good times but we are off as we have the opportunity to check in at the Loyalty Islands in New Caledonia. Rafted up beside Oceana1 at Vuda Point Marina to check out, as customs wanted to inspect boats that day! Each day is different and it just depends on who you get. 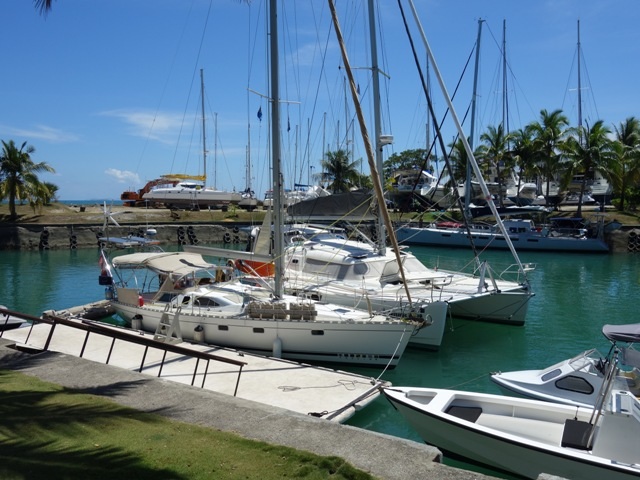